‘This Machine Kills Dreams’ is the 6th studio album release, from Melbourne based producer/ rapper Bastian Bucks. The self-produced album underlines some of the independent artist’s finest works to date, and is out today.

“I finished mixing/ mastering ‘TMKD’ in June of 2017, but wanted to shoot some videos to coincide with the album, leading up its release. It was just coincidence that I wrote ‘Letters To God’ only to find myself in a holy city on the other side of the world months later.

It seemed like fate, so I took advantage of the opportunity and Florence ended up tying the songs theme together perfectly.”

‘This Machine Kills Dreams’ is available for streaming and download via Spotify, iTunes, Google Play and Bandcamp

Hip Hop producer/ emcee Bastian Bucks reaches out from the underground this June with the announcement of his new single ‘Revenge’ and subsequent album release on the horizon for 2017. The independent artist, hailing from Melbourne, is ready to deliver on what looks to be a new dawn of progression in Australian Hip Hop.

Stepping away from the traditional styling’s and success of his Australian counterparts, Bastian Bucks pushes the boundaries of creativity to no end. Leaving a crack in the foundation of what is considered to be popular music. Turning pre conceptions of the Hip Hop specific genre on their head, Bastian Bucks embodies a new era in Australian music.

‘Revenge’ will be available for download/ streaming via Triple J Unearthed and Bandcamp Thursday June 1st. 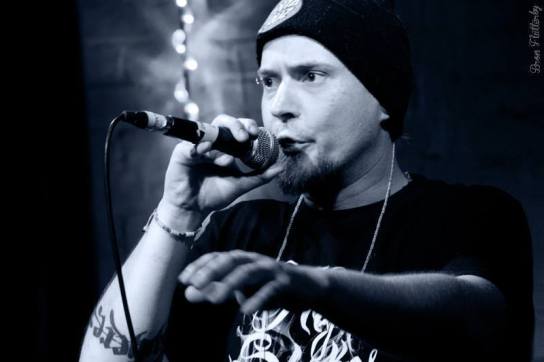 Upon the release of my album ‘Sides Of Me’ a couple of months ago, I was unsure as to whether I wanted to share these new songs on a live platform, that is performing them to an audience.

There is an abstract fragment of electronic soundscapes, mixed in with acoustic drums through most of the songs from the release and to tell you the truth I am not totally convinced that this is what a crowd wants to see live.

Maybe it doesn’t make sense, maybe i’m too far out there. Or maybe this just belongs at home while your stoned in your lounge room on a Friday night. Who knows.

Nevertheless I have played a few of these new songs live, a few times, to a few people. And they seemed to enjoy them, so Bron Flutterby recorded a video of one of my “favourite” songs ‘All Over’ live to share with you.

You who I do not know and who does not know me, you the music enthusiast that was able to find this in the infinite internet. Where some things are lost and people choose brush over importance for short term gratification or stimulation.

So if we are going to get into this and I am going to share this with you, then I will say this song is written in reference to pioneering Sci-Fi films.That is the sound I was aiming to achieve. The lyrics are about how far my spirit has come to awaken at this point in time. But this is a fragment of the whole story, how could I express and expose so much of myself in just under 3 minutes? I couldn’t, and that is why the album ‘Sides Of Me’ is my story of who I am, why I am here, what is happening around me, my intentions, obsessions, love all of it. Summed up in one album, that is to say where I have been and where I am now. My previous albums and EP’s attempt to explain the rest.

So I share with you ‘All Over’ remembering that it is just a small part of the bigger picture. To view the video click here or click the photo in this post. I hope you enjoy

‘TIE ME TO THIS’ MUSIC VIDEO OUT NOW!

Well I am proud to announce the release of my latest single and film clip for ‘Tie Me To This’. We have been working flat out to finish this video and release it to the public. 6 weeks ago I launched my Pozible campaign to assist me in completing and releasing my album ‘Sides Of Me’ on vinyl/ CD and digital format. During this period I have finishing my end of the album, producing my accompanying music and recording my vocals. I then have been sending my projects over seas to be finished, but I don’t have the money yet.

So far we have raised 76% of the funds needed for me me to be able to pay everyone and release this and with just 2 weeks to go I will admit I am still feeling pretty nervous. I have a reward system for pledgers to receive pre orders of the album in all formats, T shirts, past releases + much more. If you would like to get involved or find out more follow me HERE.

If I was asked what this song is about, which I will be, I would say it strongly relates to my passion for music, how we have become intertwined in a love hate relationship and eventually have had to learn to co exist with each other. There are a lot of references to genre boundaries. Commercial viability vs uninhibited creativity. I have addressed many of my frustrations relating to these subjects here. Really this song is left to interpretation, how people choose to digest this song is out of my control. Though my sentiments are there. I feel like this music video is a big step in relating my new work to a broader audience. I have been growing away from the Hip Hop scene as I have grown older. Now I just like to make music and to push all my influences as far as I can in the realm on new creativity.

This video was shot by Flutterby Creative at our home studio in Melbourne and mixed/ mastered at North Village Recording in the U.S. I must thank both Bron Flutterby and Tim Hanson for working on the audio and visual aspects of this song. It really has been a team effort. We will have more film clips coming out leading up to the release of the album ‘Sides Of Me’. I would also like to give a huge thanks to all the supporters of my Pozible campaign, who have pushed and inspired me to keep moving foreward.

I will have more details pertaining to this album release soon. For more direct updates from me you can join my mailing list HERE.

My new single has arrived! This song is taken from the album ‘Sides Of Me’. I am currently running a Pozible campaign to help me release this album. I have put this song up as a thank you to all the people who have supported my project so far. We kicked this campaign off 11 days ago and have reached over 32% of the funds needed!

All pledgers have been sent a personal download of this song. For the general public it is available for streaming via Soundcloud. I wrote this song in regards to peoples sense of entitlement in Australia and abroad. I am touching on racism here, our disconnection from our planet and surroundings, and the idea that one person or a group of people could have a feeling of ownership over nature and where we inhabit is preposterous. This also relates to governments and their borders.

People seeking refuge deserve help and aid. Indigenous Australians deserve more respect for their land and heritage, and our children, tomorrows future deserve better. This is relative in too many other parts of the world. We are slipping further and further into decay, all sense of decency and democracy has been washed away by our blood soaked beaches. I speak for sustainability, I fight for the human spirit to rise and takes its place among the stars. I seek change.

I enjoy sharing my thoughts and ideals with you. I do this not from a personal point of view in my beliefs, but it is more a collective oversee of what is happening from a spiritual view. If someone who didn’t live on Earth is watching us then how would we look? This is sometimes an embarrassing and uncomfortable thought, but one that needs addressing. We can do better.

If you want to get involved in my Pozible campaign or download this song, you can follow me HERE 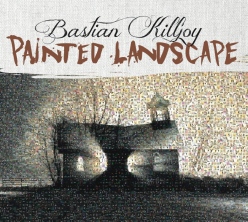 This is my second full length album and my first solo project. All music and vocals were recorded at Wordsmiths Records.
So I asked all our fans to send in photo’s of themselves which we then turned into a mosaic.

The name “Painted Landscape” is a reference to our cultural diversity within Australia, that we all make up the landscape we live in. I then decided to hit up fans to choose a color out of 15 choices. the 15 colors represent the 15 songs on the album which we are still shooting clips for. 15 clips, 15 colors chosen by fans which represent their choice. I wanted to involve people as much as possible in this. So far we have released 2 film clips and are currently shooting the next one. I hope you enjoy this album, I love it! Please click the photo to permalink the album